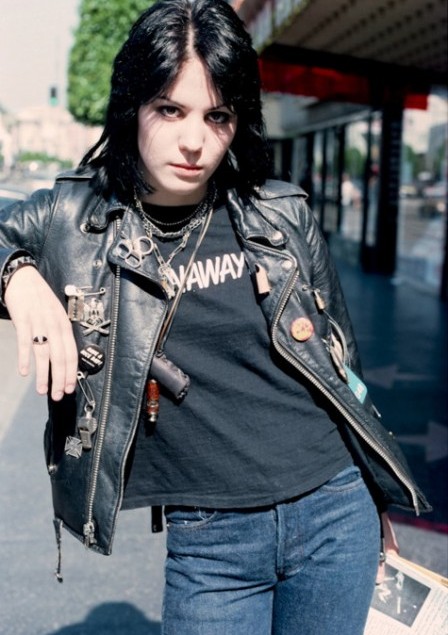 She is counting down the minutes, watching the clock, longing for the bell to ring and signal the end of another school day. The hour where schoolbooks are left in the locker, a guitar is placed firmly in her hands and band practice begins.

She had recently joined an all girl rock band and while the other girls were busy cultivating their image, borrowing from Bowie, Blondie and Suzie Q she already had hers. All she needed was a leather jacket, a slick of black eyeliner and a great haircut.

Fame was already on its way. Photo shoots for cult Japanese magazines, parties by the pool at the Tropicana Motel, and boys hanging out backstage were soon to come, but these would all be incidental. A minor accompaniment to something else. To her it was all about one thing, the music.